What Happens During Radiation Therapy Treatment?

What Happens During Radiation Therapy Treatment? 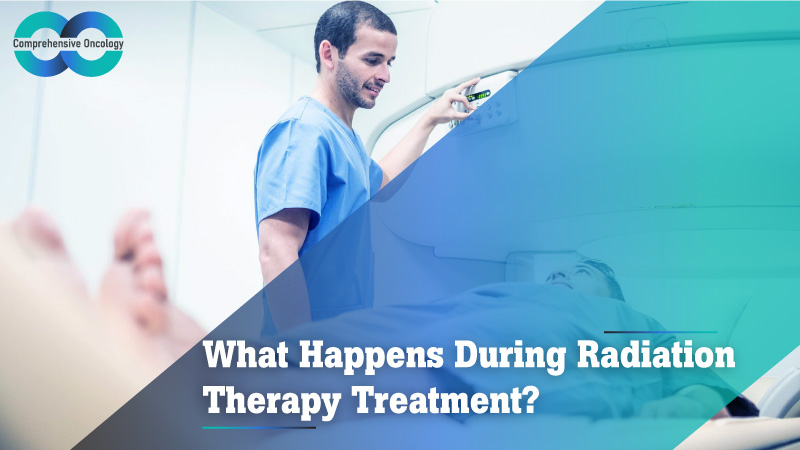 This therapy is mainly one type of cancer treatment process which uses beams of intense energy to kill the cells of cancer. This X-ray therapy damages affected cells by defeating the genetic material which controls the cells growing and dividing process.

It is very natural to be worried or being stressed when people learn that they will need radiation therapy for their treatment. But in reality, this type of treatment is most comfortable and painles treatment of all cancer directed treatments.

What do people get by Radiation Therapy?

This treatment process uses such things- x-rays, gamma rays, electron beams, or protons, to kill or damage cancer cells to prevent patients from cancer. Cancer cells grow and divide faster than other normal cells. That's why destroying these cells is the most important thing for this treatment. This process works by making small cracks in the DNA inside the cells. This creaking keeps cancercells from growing and dividing and causes them to die faster. People don't need to worry about their normal cells' affection because radiation is very focused on the cancer affected area.

Is this therapy painful?

More than 50% of people who have cancer get radiation therapy initially , and more would need radiation at some point in their treatment, and they don't report it's painful or uncomfortable. Sometimes, it's used for certain non cancerous tumors also.

The positive sides of this treatment people can get -

How is radiation therapy given to a patient?

As the type of cancer is different, that's the reason the therapy treatment is further for other cancer patients. The primary treatments are mentioned below -

This therapy treatment is also known as External-beam radiation therapy, which mainly delivers radiation from a machine outside the body to treat cancer. It is the most common treatment. It just takes 15 mins. Patients need these treatment sessions five times per week. most of the times.
In some cases the radiation treatment is given on alternate day basis or once a week.

In this treatment process, the radioactive source is put inside the patient's body into or near the tumor. This therapy treatment is also well known by brachytherapy. This treatment needs to have repeated therapies across several days and weeks. But the good thing is people don't feel any discomfort during this treatment. The process of this treatment is decided based on the type of cancer.

How is Radiation treatment done?

Radiation treatment is done while you lie down on the machines table/couch in a certain position that the doctor decides for you for around 10-20 minutes depending on the radiation plan for you.The machine moves around you, without touching you, or causing any pain, pressure, heat or cold. The same process has to be repeated as many times as the doctor has planned for you according to your disease.

What Are the side effects of this treatment?

Radiation therapy treatment is a local treatment which means it affects only the part or area that is being treated with radiation. So whatever side effects are there will be in that area only and not in other parts of the body. It may cause feeling of vomiting, skin darkening in area of radiation or other effects depending on the body organ receiving treatment.