Know all about Cervical Cancer 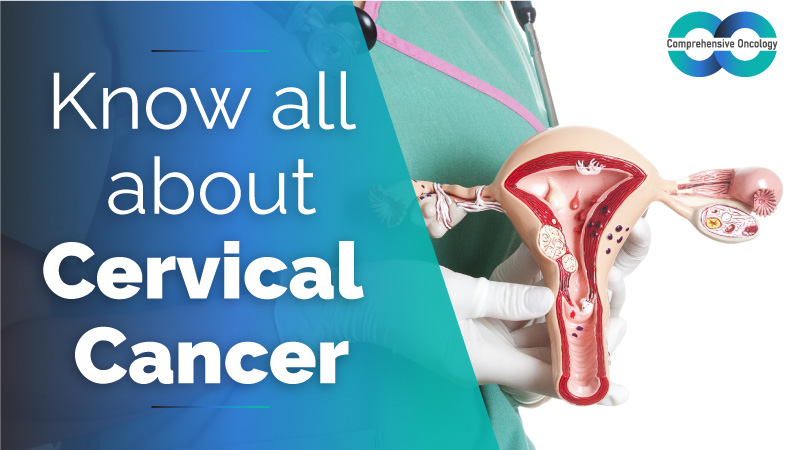 Cervical cancer is the second most common cancer amongst females in India and the first in several rural areas in India itself. But the good news is that it can both be prevented and treated. Every year lakhs of women are getting affected due to the cancer. Cervical cancer affects 1 in every 53 women.

Although, cervical cancer is on a decline overall in last few years, it is still the second most common cancer in females. Reasons for increased detection are the increased awareness in females, reproductive habits, in terms of having more number of children, early age at first child, multiple sexual partners, and poor genital hygiene.

These factors cause changes in the cells in the cervix(mouth of the uterus/baby bag), thus forming cancer. Interestingly this process takes many years, which means we have time to act before cancer even develops.

This cancer used to be the most common cancer and now breast cancer has taken over. The risk factors of cervical cancer is opposite of breast cancer. Factors such as multiple sexual partners, poor genital hygiene, multiple births, early birth of first child are risk factors increasing the risk of cervical cancer. Though, the number of cases per year has gone down, due to changes in lifestyle and reproductive habits.

What are cervical cancer symptoms?

As the opening paragraph indicates, a woman can prevent and treat cervical cancer by consulting a good doctor if she notices any above indicators or even before that by screening.

1. Papillomavirus vaccination : Some human papillomaviruses are linked to the development of cervical cancer in women in almost 85-90% of the cases. Therefore, every woman should take advantage of HPV vaccination programs to prevent this infection and in turn cancer.

2. Safe sex : The HPV vaccine protects against four types of the virus at best, which can cause cervical cancer. Cervical cancer is linked to sexual activity. To avoid HPV infection, have safe intercourse with restricted partners.

3. Cervical Screening : Cervical cancer screening with the help of a simple OPD process called PAPS SMEAR is one of the best ways to detect cancer before it even forms or at very early stages. This test is recommended by all National and International societies to be conducted every 3 years after being sexually active in all females. By this method, few cells are collected from the cervix and examined to detect these changes. Early detection can make treatment very simple in these cases with very minimal side effects.

4. Don't smoke : Smoking is incredibly harmful to your health, so it's no surprise that it's linked to cervical cancer. A study found that women who smoke had a higher risk of cervical cancer than women who don't.

5.Reproductive habits : Limiting the number of children, not having first child at an early age, having safe sexual practices, good genital hygiene can help in reducing these risk factors for cervical cancer.

It is the improved genital hygiene, reproductive habits and lifestyle habits along with awareness about screening and vaccination that can help in curbing the incidence of this deadly menace.