How to improve your chances of survival from lung cancer?

How to improve your chances of survival from lung cancer? 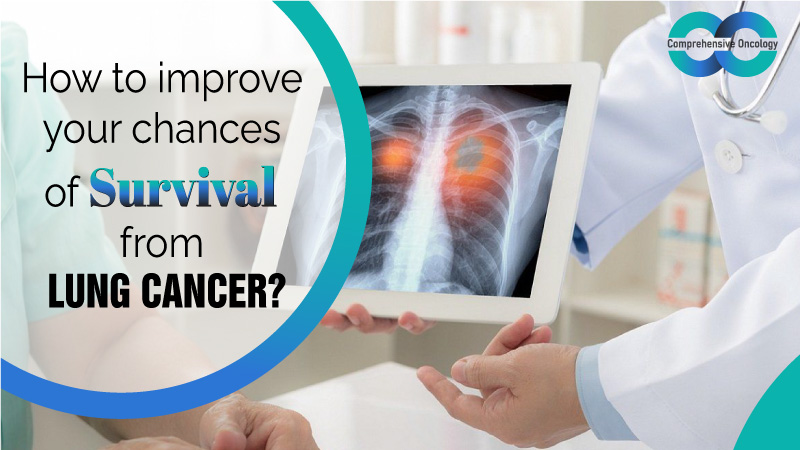 How would you feel if you learned that there are ways to improve your chances of survival in the face of lung cancer that doesn't involve surgery?

In reality, you can take steps to increase your chances—non-medical and non-pharmacological, including lifestyle and social support.

We don't want anyone to feel that they aren't doing enough. Despite doing everything perfectly, we've all heard stories of folks who developed cancer. Despite this, the survival rate for cancer of the lung is lower than one would expect, as most of the time it is diagnosed at an advanced stage. Even if these pointers don't help you survive, they will improve your current state of well-being.

Before developing symptoms, have a screening for lung cancer

Lung cancer is likely to spread if you wait until symptoms develop before seeking treatment. Get checked for lung cancer by talking to your doctor instead if you have high-risk behavior that predisposes you to an increased risk of cancer. An x-ray technician uses a computed tomography (CT) scan, which is a low-dose CT Scan during lung cancer screening. Screening means detecting cancer/disease even before you experience any symptoms, your doctor can perform this test to check your lungs for signs of cancer.

60% of lung cancer patients diagnosed with early-stage malignancies have a five-year survival rate. And this reduces as the cancer stage increases or the disease is detected at an advanced stage. The sooner you get screened, the better your chances are of catching anything suspicious when it's still treatable. It has been shown that early detection of lung cancer can reduce death due to the disease by as much as 20%.

If you observe any symptoms of lung cancer, you should consult a physician right away

Lung cancer screenings are the most effective means of detecting the disease early on, increasing your chance of survival. It's important to get checked out by a doctor if you notice any symptoms: coughing, shortness of breath, chest pain, and difficulty breathing.

It is not uncommon for the symptoms of lung cancer to increase and last for several years. Lung cancer warning signs include:

A "smoker's cough" might become a natural part of everyday life for some smokers. It might not be. Lung cancer symptoms should not be overlooked. Lung cancer may have already spread, making it more difficult to treat. Delaying treatment prolongs the disease's progression and deterioration; therefore, going to the doctor sooner rather than later can make all the difference.

Many of these symptoms are overlapping with Tuberculosis, and many times lung cancer is mistreated like tuberculosis, as the result, it keeps growing unstopped.

Only an expert oncologist can help you differentiate and diagnose them correctly.

Regardless of how long you've been smoking, it is never too late to stop.

Reduce your risk of cancer and many other breathing problems by quitting smoking. . If you stop, you stop further damage of your respiratory mucosa, this will help you to fight the disease better and tolerate treatment.Effective treatments for lung cancer include chemotherapy, radiation therapy, surgery, and many more. Lung cancer therapies can be made more successful by quitting smoking. Talk to your doctor about resources that can help you kick the habit for good.

Lung cancer patients face a long and arduous battle. And it's a never-ending battle for others. If diagnosed early, lung malignancies have the best prognosis. To avoid recurrence, you must constantly monitor for its occurrence.

Lung cancer that has progressed to an advanced stage is unlikely to be curable. The good news is that there have been several advancements in medicine that can boost your survival rate and reduce your suffering from the disease.Treatment alternatives, including targeted therapy and immunotherapy, which were not available thirty years ago, can now be found thanks to advances in molecular profiling. Keep going to doctors dedicated to helping you live a long, healthy life despite the fear and intimidation that may come with the process.

Stay positive, build a strong support system, and never give up!