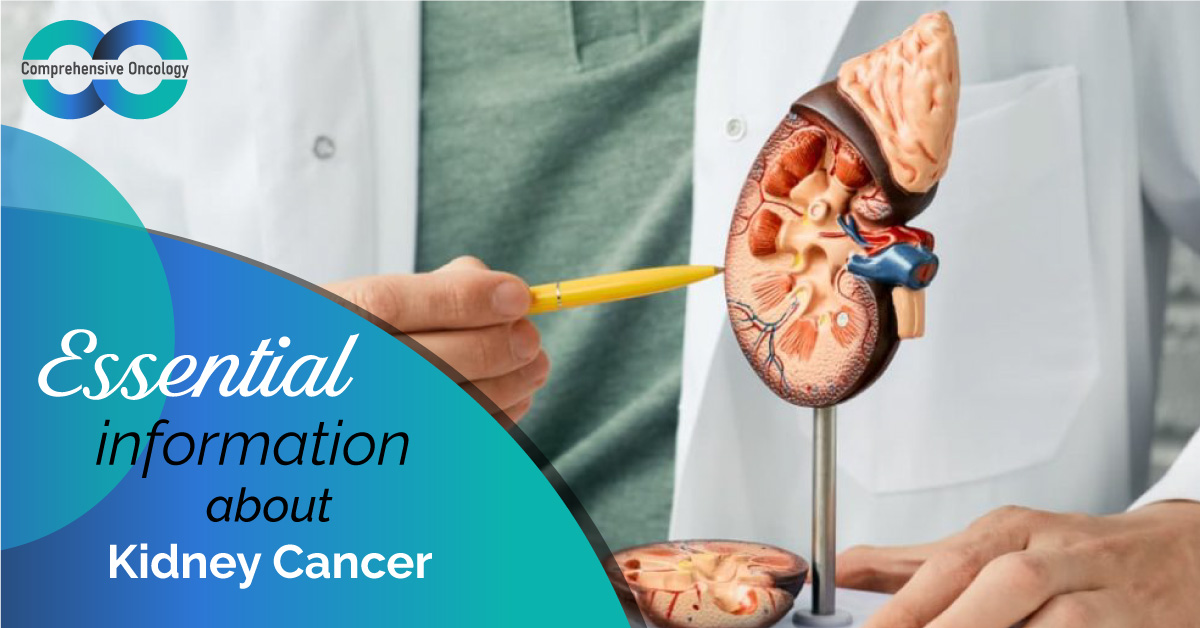 A type of cancer that begins in the kidneys and circulates throughout the body is kidney cancer. The kidneys are two bean-shaped organs that are around the size of a fist. They're behind your abdominal organs, on either side of your spine, with one kidney on each side.

Some of the risk factors are:

Tobacco Usage: Tobacco use is well-known to cause cancer. Tobacco has an apparent effect on the kidneys; current smokers have almost twice the risk of kidney cancer as former smokers and never smokers. Tobacco smoking is responsible for around 6% of all kidney cancer fatalities in developed countries.

It's been proven that changing one's lifestyle can lower the risk of cancer and increase one's chances of survival.

Symptoms of kidney cancer are often delayed until the tumour has grown to a specific size. There are frequently no visual symptoms in the early stages of kidney cancer.. This problem is commonly discovered during a routine X-ray or ultrasound for another reason or after investigating for blood in urine.

Blood in the urine, or haematuria, is the most prevalent symptom of kidney cancer. Your doctor can use a urine test to detect too tiny blood to see with the naked eye.

Kidney cancer can also manifest itself in less common forms.

Wilms' tumour is a type of kidney cancer that occurs more frequently in young children.

Kidney cancer appears to be on the rise in recent years. One cause for this could be the increased usage of imaging techniques like computed tomography (CT) scans which helps to pick this up early. More kidney malignancies may be discovered as a result of these examinations. Kidney cancer is frequently found early on when small and confined to the kidney.

It's important to realise that presence of blood in your urine does not necessarily indicate that you have kidney cancer. This symptom might also be caused by other illnesses, including infections or kidney stones.

If you or someone you know is showing signs of kidney cancer, you should consult a doctor right away.

Cancer of the kidney is less common than cancers of the breast and lung. According to the American Cancer SocietyTrusted Source, the chances of developing kidney cancer in a person's lifetime are less than 2%.

It's more difficult to detect kidney cancer by looking or feeling for growth because the kidneys are so deep within the body. A skin cancer patient may notice an abnormal growth on their skin. Breast cancer is occasionally discovered when a woman finds a lump in her breast, more commonly discovered during routine mammography screening.

While mammograms and colonoscopies can detect breast and colorectal cancers, there is no such test for kidney cancer in people at high risk. It's critical to get checked for kidney disease every year if you have high blood pressure, a family history of kidney failure, diabetes, or if you're over 60. You may have the disease of the kidney if you exhibit these indicators.

If you smoke, are fat, or have been exposed to toxins like asbestos or benzene, your risk of developing cancer rises. Talk to your doctor if you're at high risk, and keep an eye out for signs. Kidney cancer can be passed on in families also in a few cases.